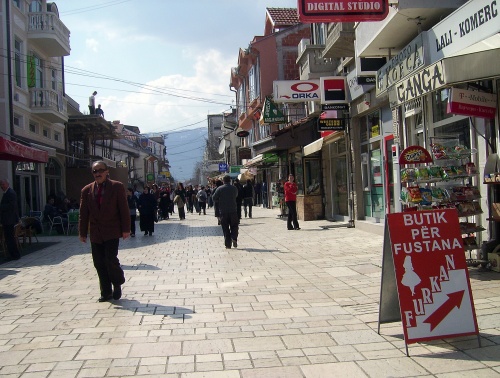 The town of Struga in Southwest Macedonia is traditionally a spot of interest for Bulgarian tourists. Photo by BGNES

The National Tourism Agency of the Republic of Macedonia will have 15 advertising billboards placed around the Bulgarian capital Sofia.

The move is part of an advertising campaign called "Where the Sun Always Shines" to attract tourists from other Balkan countries to Macedonia (Macedonia) specially for the summer season.

No Macedonian billboards will be placed elsewhere in Bulgaria outside the capital Sofia. In addition to Sofia, 15 billboards are placed in the Slovenian capital Ljubljana, and 20 in Serbia's Belgrade. In Albania the billboards at the exits of the capital Tirana.