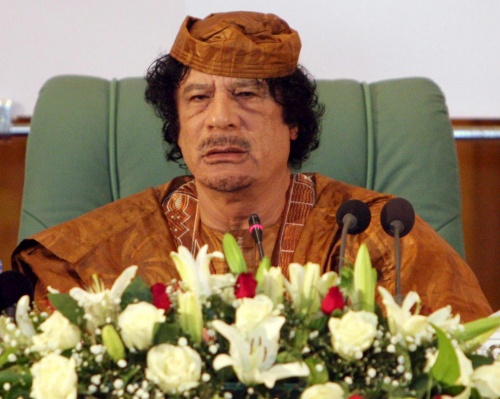 The government run by Muammar Gaddafi will take control of satellite channels, radio, and newspapers. Photo by BGNES

Libya's government plans to nationalize media companies set up by the son of its leader Muammar Gaddafi, effectively making the press a state-controlled monopoly again.

The government will take control of satellite channels, radio, newspapers and a printing house run by Al-Ghad which was launched two years ago by Seif al-Islam, the cabinet said in a statement, as cited by Darik Radio.

A government decree creates a National Media Center, which main purpose is to control the media in Libya.

All the nationalized media companies will preserve their names and logos. However, their editorial policy is yet to be put under the state's supervision.

Seif al-Islam, seen by many as a reformer, has called on several occasions for press freedom and the media's independence from the state.

In 2007, Al-Ghad launched two ground-breaking independent newspapers, which in their first few months broke a string of taboos by publishing criticism of senior officials.