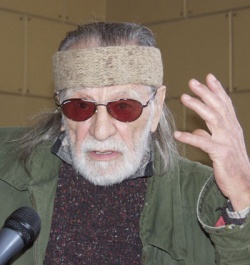 Petar Slabakov was one of the most prolific, talented and loved actors in Bulgaria. Photo by slovo.bg

Petar Slabakov, one of Bulgaria's most prominent actors and fighters for democracy, passed away on May 17, his relatives announced. He was 86.

The funeral will take place on May 19 at Sveti Sedmochislenitsi church in Sofia.

Right after the fall of the communist regime in 1989, he was elected member of the VII Grand National Assembly on the ballot of the right-wing Union of Democratic Forces. Slabakov served as MP again from 1995 to 1997 as part of the parliamentary group of the green and emblematic for the democratic changes in Bulgaria Ekoglasnost party.