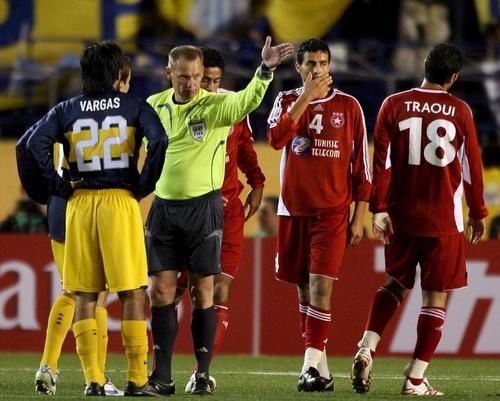 Larsen, 43, is one of UEFA's leading referees. Photo by BGNES

The Danish referee Claus Bo Larsen has been appointed by FIFA to take charge of Bulgaria's crucial 2010 World Cup qualifier against Ireland.

The face-off will take place at Vassil Levski National Stadium on June 6 at 8.30 pm.

Larsen is already known to the Bulgarian team, having refereed the clash against Slovenia (3:0) on September 8 2006 as part of the qualifications for the European tournament.

Larsen, 43, is one of UEFA's leading referees. He speaks fluent English and has refereed the Champions League semi-final first leg between Manchester United and Arsenal on April 29.