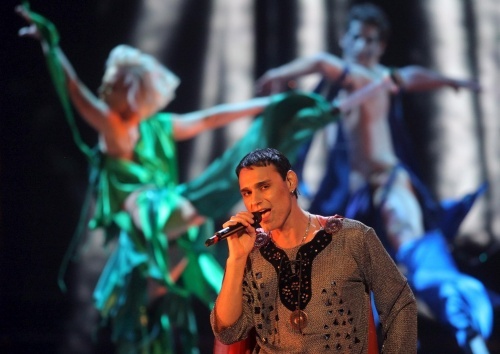 Bulgaria's runner in the Eurovision contest this year sang out of tune from the beginning to the end of his performance, German and Swiss newspapers argued.

"Bulgaria staged a really poor performance: even though Krassimir Avranov was named Superstar in Los Angeles in 2005, in Moscow he sang out of tune all the time," wrote Frankfurter Allgemeine Zeitung, adding that it was more shouting than singing that the audience heard.

The newspaper points out that in the battle that has been raging between the East and West in previous editions of the contest, the western performers are definitely taking a lead.

The Swiss newspaper Basler Zeitung goes a step further in its sarcasm, saying that Bulgaria's performance was a real torture for the eyes and ears of the audience with its weird costumes and trite lyrics such as "Give me, give me your time, Show me, show me you are mine."

After the first of the two semi-final competitions with eighteen countries, which took place in the Russian capital Moscow Tuesday night, Avramov and "Illusion" were not among the ten performers, who were selected by the European audience to go to the final on May 16.

Avramov represented Bulgaria despite the slashing criticism at home over his poor performance and the accusations of rigging the vote.