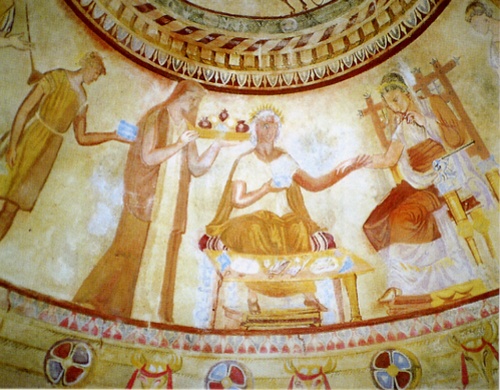 Bulgaria will propose that ‘The Valley of the Thracian Kings' should be listed by UNESCO as a world heritage site.

Irina Bokova, Bulgaria's ambassador to France and candidate for UNESCO Secretary General, said that "Bulgaria's efforts should concentrate on promoting its national heritage, and the Valley is an important part of this," cited by Bulgarian National Radio.

Seven cultural monuments and two national parks in Bulgaria are currently under UNESCO auspices, although one of these, Nessebar, was recently said to be at risk of falling from the UNESCO list due to overdevelopment.

‘The Valley of the Thracian Kings' is a region of Thracian burial mounds, to be found in the valley of Kazanluk.

Apart from the famous Kazanluk tomb and the tombs at the villages of Krun, Muglizh, the Koprinka Dam and many others, the archaeological excavations in the Valley between 1992-1997 brought to light new sites under the mounds - the Zapryanova, Malkata [Small], Golyama [Big] Arsenalka, Ostrousha, Helvetsia, Shoushmanets, Sarafova, Sashova, Slavchova, the Mound of Gryphons, the Mound near the village of Gabarevo. The unearthed archaeological monuments are unique showing the development of Thracian culture (architecture) between the 5th and the 4th century B.C.