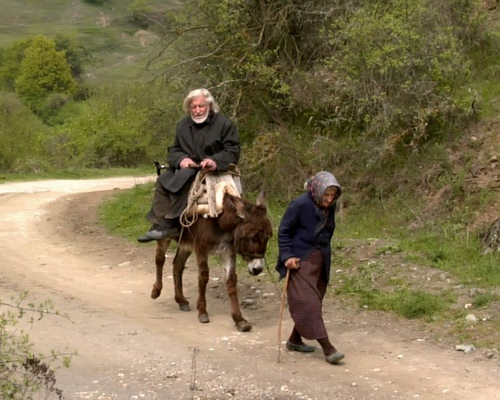 A scene from the "Goleshovo" documentary of the young Bulgarian director Ilian Metev. Photo by bgtilllate.com

The author of the documentary, Ilian Metev, is a graduate of the National Film and Television School in London.

"Goleshovo" is a movie about a tiny mountain village in Southwest Bulgaria which is threatened of being wiped off the map with the aging of its few living inhabitants.

The documentary tells the story of several elderly people and their memories, meetings, and dreams. Asking whether these people's children would ever come back, the movie still paints a picture of hope.

"The movie has touched many people here, and has spurred discussions on an issue which is valid all over the world but is especially visible in Bulgaria - the country which is number one in the "dying provinces" ranking. I am glad that through Ilian Bulgaria became the center of our festival even though in a somewhat sad but memorable way", said Donika Deneva, who is also a Bulgarian and in charge of the Festival's public relations, as quoted by Darik Radio.