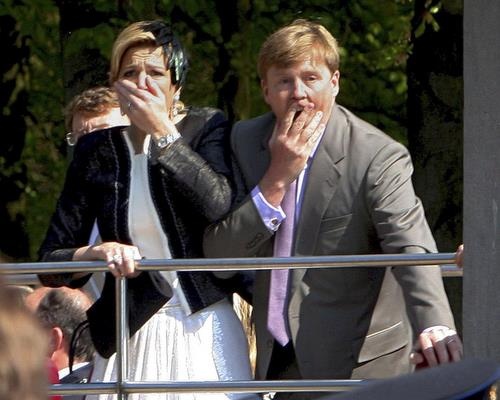 Princess Maxima and Prince Willem Alexander look on in horror from an open bus after a car slammed into Dutch festival goers celebrating the Queens Day 30 April 2009, killing four and injuring 13, in what officials believe was an attack on the royal famil

The driver of the car which crashed into a crowd on Queen's Day in the Netherlands Thursday has died.

The man, who has been charged with attempting an attack on the Dutch Royal Family during the celebrations in the town of Apeldoorn, has died Friday morning because of his serious injuries in the crash, CNN reported citing Dutch police.

The man's name has not been released. The police have searched his house but have found no clues linked to the incident.

The unnamed driver killed four persons and wounded twelve others as he drove his car into the cheering crowd waiting to see Queen Beatrix and her family ride by in an open-top bus during the Netherlands' annual holiday.