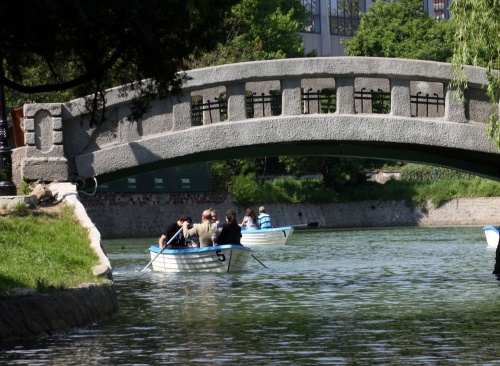 A US military band will offer a free concert on May 4th at the Borissova Gradina in Sofia in honor of the Day of Europe. (Picture: the Ariana Lake at Borissova Gradina) Photo by Sofia Photo Agency

To celebrate the Day of Europe, the US military band from Naples, Italy will give a free concert in Sofia.

The information was provided by the US Embassy in Sofia.

The concert will take place at the Borissova Gradina Band Shell, near the entrance of the park, at 4 p.m. on May 4.

The 24 member band plays a variety of music such as jazz, brass, classical, New Orleans style Dixieland and popular music.

The ensemble -- the US Commander Naval Forces Europe Marching Band -- is in Sofia to participate in the May 6th Valor Day Parade. An eight person Honor Guard from the US Airbase in Aviano, Italy will also march in the parade.