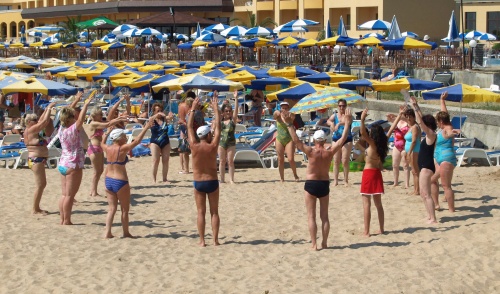 The number of foreign tourists in Bulgaria in the first quarter of 2009 declined by 6,6% compared to the same period of 2008.

The data was presented Wednesday by the head of Bulgaria's State Tourism Agency, Aneliya Krushkova, who also said the greatest decline was in the numbers of UK, Irish, Belgian, and Romanian tourists during that period.

At the same time, Krushkova has announced that the number of summer bookings in Bulgarian resorts from states that are not traditionally major sources of tourists for Bulgaria had registered tangible growth.

Thus, the number of Romanian bookings has grown by 80%, and bookings from Hungary, the Czech Republic, and the Netherlands also showed stable increase.

The bookings by Russians have increased by 38%, and their number is expected to rise as the Bulgarian government declared Tuesday it abolished the visa-issuing fees for Russian tourists, thus reducing their price to EUR 35.

Bulgaria's total revenue from foreign tourists in the first two months of 2009 was EUR 166 M, which is an 8,7% decrease compared to the January-February of 2008.

The State Tourism Agency data shows the number of Bulgarians traveling abroad during the first quarter of 2009 has decreased by 23,5%.