Number of Trips to, from Bulgaria Shows Steady Decline 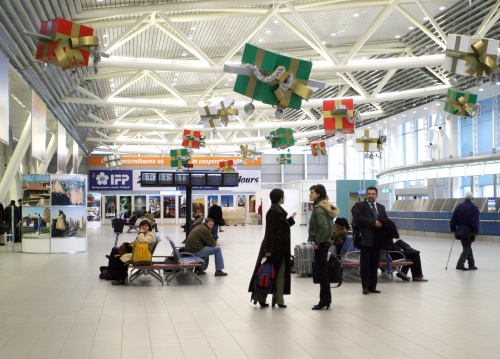 The number of those trips to and from Bulgaria is steadily declining since November 2008. Photo by Sofia Photo Agency

The number of trips of Bulgarians abroad and foreign trips to Bulgaria continues to decrease, according to data from the National Statistics Institute (NSI).

The most significant decrease is registered for Denmark (69%), followed by Japan, Finland, Malta, Slovenia, Slovakia, Italy, the Czech Republic and others.

Trips to Turkey, however, register an increase of 18%.

The number of trips abroad is steadily declining for the fifth consecutive month since November 2008.

Half of the Bulgarian trips abroad in March were business ones.

In March there is also a decrease of foreign trips to Bulgaria for all countries for which data is collected, compared with March of last year. The decrease is, however, twice lower than the one for Bulgarians' trips abroad - 7,3%.

The most significant reduction for countries members of the European Union is registered for trips from Malta (38%), followed by the UK, Denmark, Portugal, Sweden, Italy and others. There is an increase of trips from Romania (7%), Germany, and Hungary.

From European countries, non-members of the European Union, the Norwegians register the biggest reduction of trips to Bulgaria (46%), followed by the Serbs and the Turks.

Japan and Israel show an increase.

Most of the foreigners' trips to Bulgaria in March were for vacation purposes (36%), followed by transit (31%) and business trips (22%)