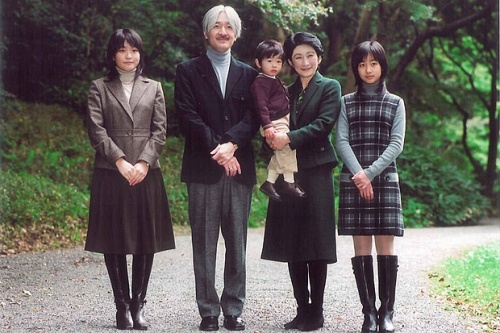 The Akishino family. Photo by the Japanese Embassy in Sofia

The Japanese Prince and Princess Akishino will visit Bulgaria between May 13 and 16.

The news about the official visit was announced Monday by the Presidential press center.

The visit is dedicated to the 50th anniversary of the reinstatement of the diplomatic relations between Bulgaria and Japan.

The anniversary is celebrated during the current year under the patronage of Bulgaria's President, Georgi Parvanov and Prince Akishino.

This is the first visit of the Prince, who is the second in line to succeed the Japanese throne, and his wife Kiko to Bulgaria.

In January, Parvanov and First Lady, Zorka Parvanova, paid an official visit to Japan as pat of their Asian tour.