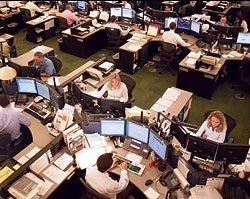 The news was reported by the Washington Post, citing local police.

Kellermann, 41, was a longtime Freddie Mac executive who joined the firm as analyst in 1992. He was named acting chief financial officer last September when the federal government seized Freddie Mac, the Post informs.

Life has changed dramatically for Freddie Mac employees in the year since the housing market crashed and the economy entered a major downturn.