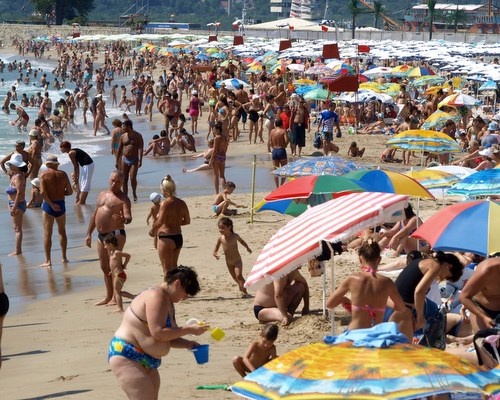 Bulgaria is in a battle for clients along the sea coast with Turkey, Greece, Cyprus, Croatia, Spain. Photo by BGNES

German bookings for Bulgaria for the upcoming summer season mark a fall of 20% on average year-upon-year, the drop ranging from 10% -15% to 25%-30% with the different tour operators.

This was announced by Ventsislav Tanchev, CEO of Suntours company, which represents German tour operator Alltours in Bulgaria, in an interview for Novinite.com.

According to Tanchev bookings started at the levels from season 2008 when the tourist brochures for the Bulgarian market came out, but the downward trend was gaining speed with each day. Things hit rock bottom in January and February, when traditionally sales are most robust.

"This forced us to launch talks with hoteliers to agree on new conditions and expand the incentives for early bookings. Thanks to these steps we managed to get things under control and stop the fall at 20%," Tanchev said.