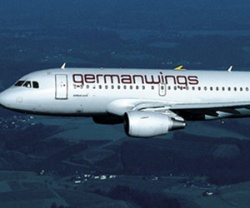 Low-cost carrier Germanwings announced the upcoming launch of bargain flights from Sofia to Hamburg with transfers at the airport of Cologne/Bonn. Photo by Germanwings

Germanwings, the German low-cost airline, has announced that it will be expanding its operations in Hamburg as a part of its 2009 winter schedule. From the end of October 2009, the carrier will launch flights from Sofia to Hamburg with a transfer at the Cologne / Bonn hub.

The Smart Connect service will offer Sofia - Hamburg flights every Tuesday and Hamburg-Sofia flights on Thursdays.

The airline's summer flight schedule (available from the 29th March) already includes six destinations served directly from Hamburg; Stuttgart, Toulouse, Split, Pristina, Corfu and Istanbul, as well as a host of other European cities through Smart-Connect fast transfer flights from nearby Stuttgart.

Also included in the 2009 winter timetable will be new routes to Austria and Italy. Travellers from Cologne / Bonn will now be able to take advantage of low cost flights to Klagenflurt and Salzburg five times per week, with a further 7 services a week to Venice.