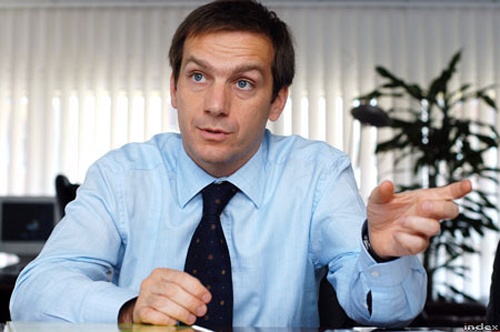 Bajnai, a non-aligned figure who had been serving as the economy minister, replaces Ferenc Gyurcsany.

Gyurcsany announced his decision to resign in March, saying he considered himself a hindrance to further reforms, the BBC reported Tuesday.

Hungary has been badly hit by the global economic crisis, and needed a USD 25.1 B IMF-led rescue package last year to avoid collapse.

Last month, Bajnai said quick and credible reforms could restore investor confidence and put Hungary back on track towards the euro.

Analysts say Hungary is heavily dependent on the IMF-led loan, which was secured last November, to finance its massive state debt.

The new prime minister has said he will cut welfare payments, including pensions, maternity and child-care benefits, in an effort to cut public spending and meet the conditions of the loan.

"If we do not act immediately and drastically, then we cannot avert bigger trouble," he warned last month.

"The implementation of the programme will hurt, it will demand sacrifices from many... it will affect every family and every Hungarian but it will have results."

World » Be a reporter: Write and send your article
Tags: Gordon Bajnai
Advertisement
Advertisement
Expats.bg All Are Welcome! Join Now!
More from World