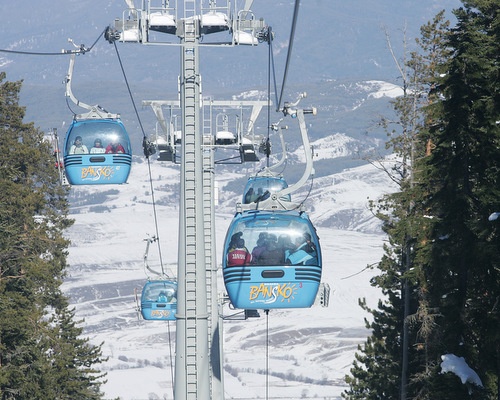 Despite the negative effects of the global financial crisis, there were many tourists form Greece, Macedonia, Serbia, and Russia in Bansko during the 2008-2009 winter season. Photo by BGNES

Bulgaria's Bansko ski resort had a very satisfying winter season despite the global financial crisis affect on the tourist business.

This was announced by Ivan Obreikov, Manager of Ulen AD, which is the company that holds the Pirin mountain ski area, and cited by the Bulgarian Information Agency, BTA.

In his words, despite the negative effects of the global financial crisis, there were many tourists in Bansko during the 2008-2009 winter season. The majority of the visitors were from Greece, Macedonia, Serbia, and Russia.

"It is crucial that Bansko was established as a modern ski resort, especially after the hosting of the World Ski Cup", Obreikov said.

Today the winter ski season is officially over.