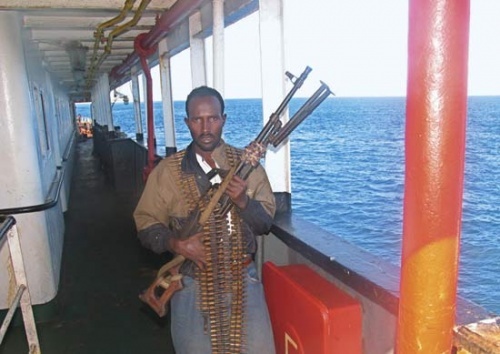 The Somali pirates have already demanded ransom for the release of the Malaspina Castle ship with its 16 Bulgarian sailors. Photo by BGNES

The Somali pirates who hijacked the UK-owned ship Malaspina Castle with 16 Bulgarians on board have started negotiations for ransom with its owners.

The news was announced Friday night by Bulgaria's Deputy Foreign Minister, Milen Keremidchiev, in an interview for Darik Radio.

Keremidchiev said the amount of the demanded ransom was known but declined to announce it. He pointed out that the pirates usually demand money for the release of the ship and its load, and have no demands for the crew.

Malaspina Castle was hijacked on April 6 in the Gulf of Aden. It is UK-owned under Panamanian flag. 16 of its 24-member crew are Bulgarians, and the rest include Russians, Ukrainians, and Filipinos.