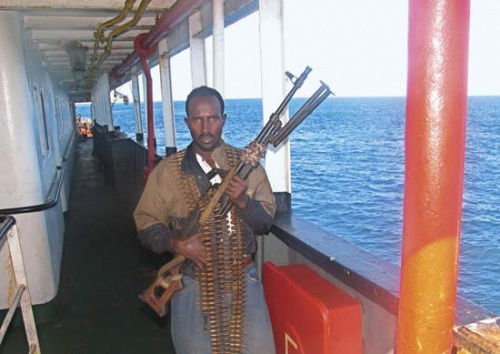 Bulgaria's Foreign Ministry has declared it would not pay any ransom for the 16 Bulgarian sailors kidnapped by Somali pirates.

During his regular briefing, the Spokesperson of Bulgaria's Foreign Ministry, Dragovest Goranov stated that Bulgaria was not going to pay at least part of any ransom demanded for the release of the sailors on the British-owned cargo ship Malaspina Castle, which sails under Panamanian flag.

"The Bulgarian state has no such money, and pays no ransoms", Goranov declared explicitly.

He also explained Bulgaria's Foreign Ministry had neither official, nor unofficial information of any demands for ransom. He believes it was possible that the pirates might have contacted the cargo ship's owners.

A Wednesday's report in the media citing a source from Somalia's neighboring country, who spoke on condition of anonymity, said the pirates are expected to voice their demands via a London lawyer's office or a Kenya-based company.

The report said the pirates are likely to ask a ransom ranging from USD 1,5 M - USD 2 M. The skipper of the ship that was hijacked Monday by Somali pirates is a Bulgarian citizen from the Black Sea city of Varna. The crew consists of 24 people, 16 of them Bulgarians, mostly form the coastal cities of Varna and Burgas.