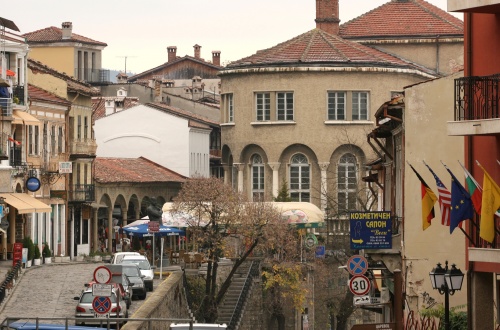 The sixth annual "Cultural Tourism" expo was launched Wednesday in the Bulgarian city of Veliko Tarnovo.

This year's edition of the expo includes 300 representatives from 12 countries.

At the opening ceremony, the Chair of Bulgaria's State Tourist Agency, Anelya Krushkova, said that cultural tourism was one of the few sectors that have not been affected negatively by the global financial crisis. Krushkova informed that while Bulgaria's winter resorts registered a 6,5% reduction in the number of tourists this season, 2,5% more people have visited Veliko Tarnovo's historical sites.

Blagoy Ragin, Chair of the Bulgarian Hotel and Restaurant Association (BHRA) supported Krushkova's statement. Ragin said that Veliko Tarnovo and Velingrad were the two destinations that were pulling the country's tourism forward and added BHRA was going to nominate Veliko Tarnovo for the Balkans' Cultural Capital.

The expo's participants will have the opportunity to learn about the Italian and Spanish experience in preserving cultural and historical sites and turning them into tourist attractions along with the procedures to register a particular site as a world historical heritage and treasure.

The guest will further enjoy special tours, hotels, restaurants, exhibits and other attractions.

The Villa "Aldimira" in the southern town of Ivaylovgrad received the award of the State Tourist Agency. The award is bestowed for special contributions in turning the country's cultural and historic heritage into a tourist destination.

BHRA will also, for the first time, present their award for contributions to the development of the local cultural tourism.