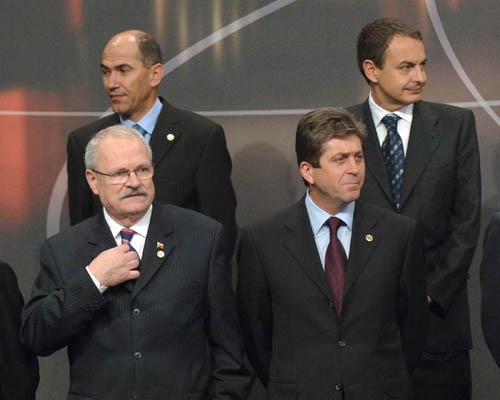 At the Alliance of Civilizations forum held in Istanbul Monday, Bulgaria President Georgi Parvanov praised the high levels of ethnic tolerance in Bulgaria.

Parvanov was among the key note speakers who opened the forum; his speech was entitled: Formation of the world order in times of crisis - the role of efficient rule and cultural diversity."

He spoke of the Bulgarian villages where Christians and Muslims worked shoulder to shoulder constructing both churches and mosques.

"The Balkans, known as "Europe's powderkeg" have created a new image - the image of cooperation in the cultural sphere," Parvanov stressed, cited by the Bulgarian daily newspaper Standart.

He emphasized that with the aid of UNESCO and the Council of Europe interethnic dialogue continued its development.

Parvanov put forward a proposal for the establishment of a fund to support teachers and students in their efforts to get acquainted with cultural and religious differences and find new keys for improvement of the relations.

"Bulgaria is ready to act for this cause," Parvanov concluded.