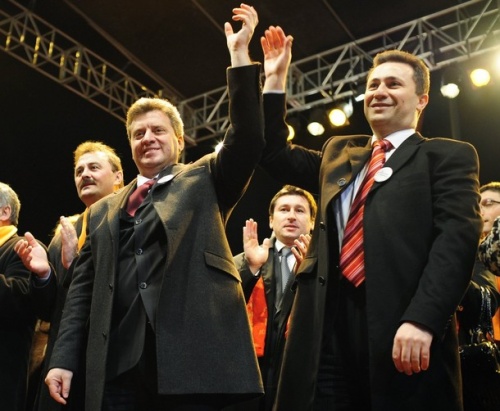 Gjorgje Ivanov was born on May 2, 1960, in the Macedonian town of Valandovo. In 1982, he graduated from Skopje University with a degree in law.

He then switches to the political science field. In 1994, he completes his Master's in law with a thesis on "Civil Society - New Topic, Old Contradictions". Four years later, in 1998, his doctoral dissertation is on "Democracy in Divided Societies".

In 2001, Gjorgje Ivanov became the Director of Political Studies at Skopje University. In 2008, he became a Professor of political science, and the Chair of the Higher Education Accreditation Council of the Republic of Macedonia.

Professor Gjorgje Ivanov has taught a Master's Program in EU Institutions and Policies, a Master's Program in Political Management, and has been the director of several projects including Tempus IV ETF-JP-00442-2008 - Example of Excellence in Joint (Degree) Program Development in South-Eastern Europe.

As the Presidential candidate of the governing VMRO-DPMNE party, in the first round of the 2009 Macedonian presidential election, Professor Georgje Ivanov received 343 374 (35,06%) votes;, second was the candidate of the Social Democrats Ljubomir Frckoski, who got 20,45% of the votes.

Professor Gjorgje Ivanov won the second round of the presidential election with 437 455 votes, the opposition candidate Ljubomir Frckoski got 252 195 votes.

Professor Gjorgje Ivanov is officially succeeding President Branko Crvenkovski on May 9, 2009, as the fourth President of the Republic of Macedonia.