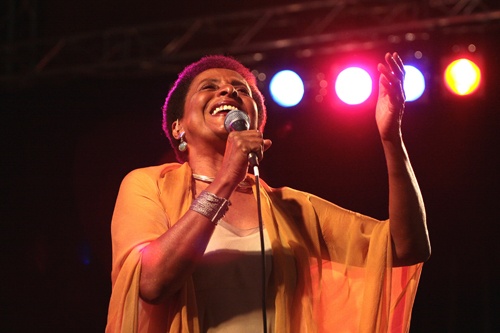 Susana Baca will perform in Sofia on May 24 in Hall 'Bulgaria'. Photo by jazz-plus.com

The fifth edition of the Bulgarian festival JAZZ+ will open with a concert by Peruvian jazz legend Susana Baca on 24 May.

Baca last came to Bulgaria in 2007 where she performed in two concerts in Sofia's Hall ‘Bulgaria'. She was very popular and has created a wide fan base in the country.

Baca de la Colina (her full name), 64, is a prominent Peruvian singer of Afro-Peruvian descent. She has been a key figure in the revival of Afro-Peruvian music within Peru, which, like the culture that produced it, had previously been little recognized, but which is now regarded as an important part of Peruvian culture.

The Baca concert in Hall ‘Bulgaria' in Sofia will be followed by a festival that will last until June 14, with a number of international stars performing including:

French-Vietnamese guitarist Nguyên Lê, a self-taught musician who has developed a distinctive sound that draws upon rock, funk and jazz as well as traditional Algerian, Indian and Vietnamese styles.

Tabla musician Trilok Gurtu, who was recently reported by the Financial Times to be a master-magician of pulse and timing.

The jazz trio of Greek pianist Vassilis Tsabropoulos with German cellist Anja Lechner and Italian drummer U.T. Gandhi will be showing off their latest tracks.