Bulgaria Coach: Boys Will Have Hard Times against Cyprus 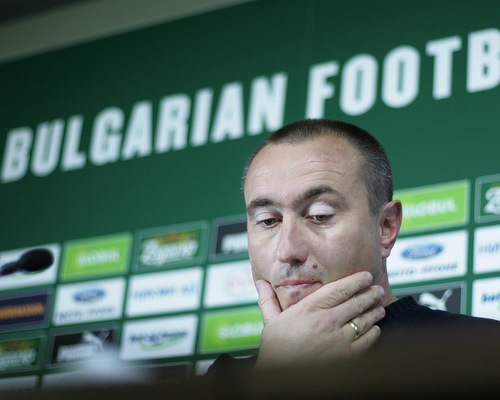 "For the first time in years we managed to push back our rivals far from our goal line", Stanimir Stoilov said. Photo by BGNES

Bulgarian national football team coach, Stanimir Stoilov, was satisfied with his players performance at the the 2010 World Cup qualifier with Ireland on Saturday.

Stoilov said this at his traditional briefing before the World Cup qualifier with Cyprus on Wednesday. He also asked for the Bulgarian fans' support in Sofia, Standart daily newspaper reported Tuesday.

"For the first time in years we managed to push back our rivals far from our goal line... The boys did well in Dublin... We managed to pull ourselves together after the early goal. We managed to maintain discipline and organization", Stoilov stated.

He criticized the strikers, and stressed on the lack of self-confidence and "better response to the situation". He added that players who took part in Dublin's game were under great stress.

"The team will have hard times on Wednesday. We will need more fantasy and the attacks should be organized better, not to mention motivation of the team", Stoilov explained. He pointed out the need for scoring goals.