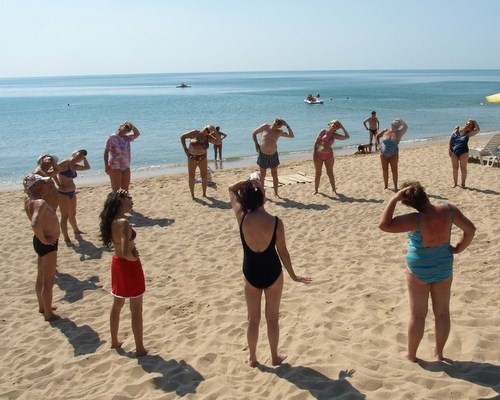 Bulgarian public servants are in line for half-price holidays this summer. Photo by BGNES

The operators made this proposal in a meeting late Monday with Bulgaria's Foreign Affairs Minister, Ivaylo Kalfin and Minister of Regional Development and Public Works, Asen Gagauzov. They stated that the other half of the holiday package should be paid for by the Bulgarian government.

The aim is to save the Bulgarian summer holiday season from the effects of the financial crisis, Standart daily newspaper reported.

Any Bulgarian who pays for a seven night stay will be given two extra nights free as a bonus. Those who pay for four nights will have one for free under the operators' proposal. It was also suggested in the meeting that the money spent for vacations should be tax deductible.

If this scheme is adopted, the vacations of Bulgarian tourists will cost BGN 50 M in unpaid taxes. On the other hand, it will keep at home some of the BGN 200 M Bulgarians spend abroad every year, the Standart concluded.