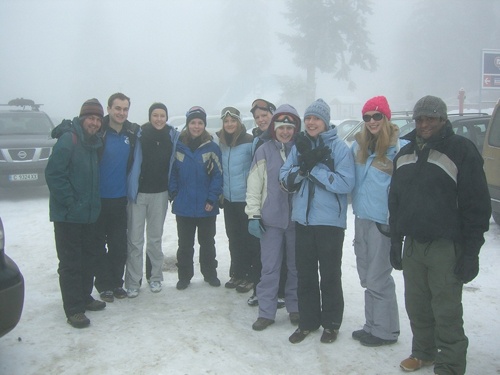 Bulgaria recorded a year on year fall in tourist numbers for the first two months of 2009. Photo by warwick.ac.uk

Bulgaria has no way to avoid the world crisis in the tourism sector according to the President of Bulgaria's State Agency for Tourism, Aneliya Krushkova.

She reported that January and February had seen respectively 7.6% and 6.5% falls in visitors, cited by Bulgarian daily newspaper Standart.

In Europe, Krushkova said, the decrease in tourists was on a much larger scale. "We are hoping that the tourism industry in the EU shrinks by one or two percent this year, at the worst,". She concluded that it would be a grand success if Bulgaria's tourism industry strikes an even yearly balance.

Krushkova also stated that Russian holidaymakers would choose where exactly to spend their summer much later than usual because at the moment companies are waging a war against one another to attract the Russian market, and are therefore willing to lure clients with many bonuses. This comes amidst fears of a boycott by many Russian tourist agencies over having to continue paying for Bulgarian visas.