US Ambassador: Corruption is Number One Problem in Bulgaria 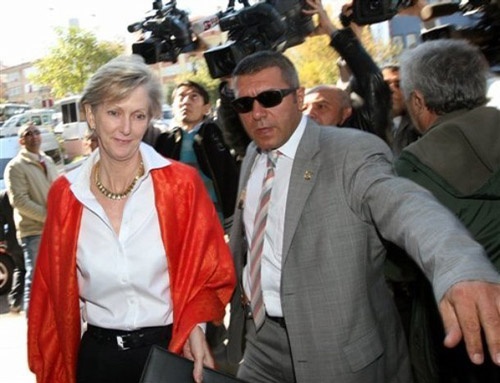 The US Ambassador to Bulgaria, Nancy McEldowney, said that the US is a committed friend of Bulgaria. Photo by daylife.com

The US Ambassador to Bulgaria, Nancy McEldowney, has stated that corruption and organized crime are the most serious problems that Bulgaria faces.

McEldowney said that during her visit to Washington last week she talked to the new US administration about the "very important" problem of the global economic crisis and also about the US partnership with Bulgaria.

McEldowney was speaking in an interview on bTV Thursday. She went on to say that the US is a committed friend of Bulgaria and that they will talk truthfully about the problems they see in Bulgaria.

Ambassador McEldowney said that one of the problems she has noticed is the vote buying issue, stating that the vote of one citizen is an instrument that can decide the future of the country.

She added that "corruption is a problem that every country faces. Bulgaria did not invent corruption. But corruption and organized crime are the biggest problems in your country, everyone including the politicians have to fight against it."

McEldowney refused to be drawn into the debate on who will be the next NATO Secretary General or whether the US would be supporting Bulgaria's candidate Solomon Passy, by saying that all the candidates are of a high pedigree.