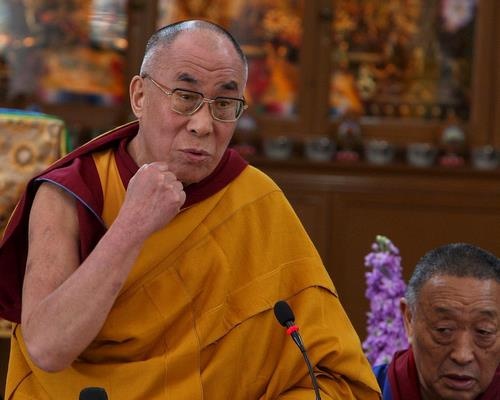 The meeting, scheduled to be held in Johannesburg, was largely linked to the 2010 Football World Cup, which South Africa will host.

A storm of controversy erupted after Pretoria refused the Dalai Lama a visa to attend the conference.

The Dalai Lama's fellow Peace laureate, Archbishop Desmond Tutu and former South African President FW de Klerk withdrew their participation in the meeting in sign of protest. De Klerk said that the decision to refuse the visa made a "mockery" of the peace conference.

Despite the scandal surrounding the decision, government spokesman Thabo Masebe confirmed that no visa would be issued "between now and the World Cup," adding that the move did not amount to a ban. Masebe told the BBC that no other government had forced the decision on South Africa in order to refute rumors about Chinese influence.

The visa had been declined because the Dalai Lama's presence "would not be in the best interests of South Africa at this time", he said.

A representative of the Dalai Lama said he was not surprised by the decision. The Tibetan government in exile thinks that China has pressured many countries to refuse a visit by the Dalai Lama, according to Chhime Chhoekyapa, an aide in Dharamsala, India.

The Dalai Lama fled China in 1959 after a failed uprising against Chinese rule.

In addition to Tutu and De Klerk, laureates Nelson Mandela, and Martti Ahtisaar, Seff Blatter, President of FIFA, and actress Charlize Theron were invited to attend. The event had the blessing of the Nobel Prize Committee.