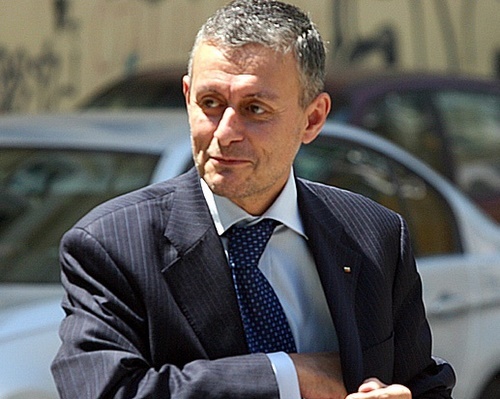 Appointing Passy would add to Bulgaria's contribution for stability in the Balkan region, and in Europe, the Chamber's letter said. Photo by Sofia Photo Agency

The American Chamber of Commerce in Bulgaria and the American University in Bulgaria have declared their support for the Bulgarian bidder for the NATO Secretary General job, Solomon Passy.

Both institutions have sent open letters, which are quoted by the Bulgarian Information Agency (BTA).

The American Chamber of Commerce letter mentions Solomon Passy's contribution to Bulgaria's accession to NATO, and the Euro-Atlantic political and economic structures.

The letter also states that as a member of the Chamber, Passy has helped a lot for the establishment of a transparent and competitive business environment, and for strengthening US-Bulgarian commercial and economic relations.

Appointing Passy would add to Bulgaria's contribution for stability in the Balkan region, and in Europe, the Chamber's letter said.

In its letter to the US President, Barack Obama, the American University in Bulgaria (AUBG) said that there was no other nominee for NATO Secretary General, who had been more involved in the efforts to expand the Alliance.

AUBG pointed out that Solomon Passy has achieved great success not only with the Bulgarian membership in NATO, but also with other international politics initiatives.

His part in the founding of the Atlantic Club in Bulgaria, settling of US-Bulgarian military facilities, support for establishment of peace in Iraq and Afghanistan, and for bringing democracy to Georgia and the Ukraine, and many others, was mentioned in the letter.