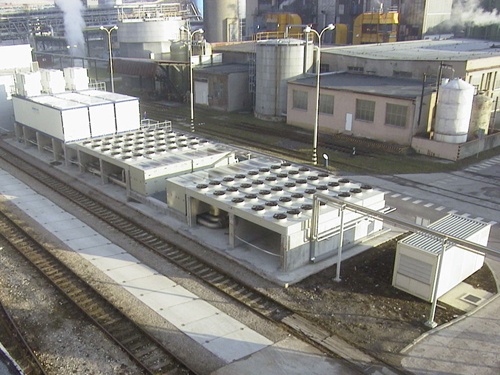 Mondi has shut the Stamboliyski mill, that was established in 1957, due to the global financial crisis. Photo by osterlitz-medien.de

The largest paper mill in Bulgaria in the town of Stamboliyski is closing down until further notice due to the global financial crisis.

The shutdown is part of the mill owner Mondi's restructuring plan aimed at curbing the effect of the economic crisis. The company has temporarily closed or offloaded factories in the UK, Sweden, Hungary, Denmark, France and Spain to focus on core operations and optimise production.

"The difficult situation on the market and the problems we have with suppliers of energy and timber are the main reasons behind our decision," Mondi Executive Director Alexander Krikler told Bulgarian daily newspaper Dnevnik.

The over 400 workers in the mill, one of the biggest employers in the small Central Bulgarian town, will be laid off. They will be paid compensation provided by Bulgarian law.

According to Krikler, the mill will stop operations in May. Operations may resume once demand returns and the mill signs favourable long-term contracts with its suppliers, he added.

Another negative impact on Mondi in Bulgaria has been the significant rise in natural gas and timber prices which, according to Krikler, were above western Europe's average.

Mondi entered the Bulgarian market in 2006 and in 2008 its Bulgarian subsidiary worked at around 60 per cent of its top annual production capacity of 120 000 tons.

The mill in Stamboliyski was established in 1957.