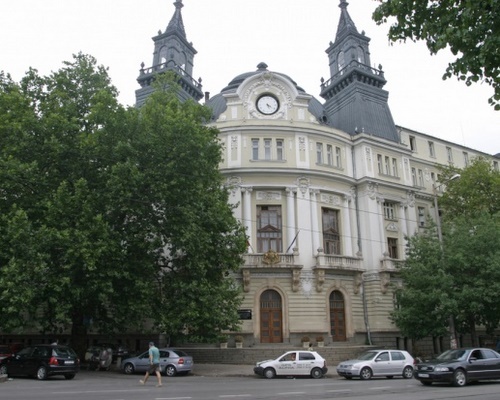 Bulgaria's Agriculture Ministry was raided on Wednesday over a tip-off for an illegal exchange of state woodland plots. Photo by Sofia Photo Agency

Bulgaria's national security agency and prosecutors raided the Agriculture Ministry on Wednesday over a tip-off for large-scale illegal land swaps, one of the most widely spread corruption schemes.

"Officials have been charged with an illegal exchange of state woodland plots, but no one has been arrested since the investigation is at a very early stage," Sofia City Prosecutor Nikolay Kokinov said.

The prosecutor's office said documents for deals, in which state-owned land was allegedly swapped for private plots in less attractive or lower-priced parts of the country, have been backdated even though they were banned by law. The swaps took place over the last few years and involved huge plots in different regions of the country.

Agriculture Minister Valeri Tsvetanov, who is in the town of Plovdiv to unveil a wine fair, declined to comment.

In January, Bulgaria's parliament imposed a ban on all land swaps under pressure from dozens of environmental groups.

At the end of January this year environmentalists raised an alarm over what they called "hectic land swaps" done just before the ban on these type of deals was promulgated in the State Gazette.

The non-governmental coalition "Let Nature Remain in Bulgaria" claimed that the head of the State Forestry Agency (SFA) Stefan Yurukov signed a number of requests for woodland exchanges and is set to continue to do so until the ban comes into force.

Yurukov defended himself by saying that the signed requests date back to 2005, 2006 and 2007 and investors have spent huge sums of money on drawing up investment projects.