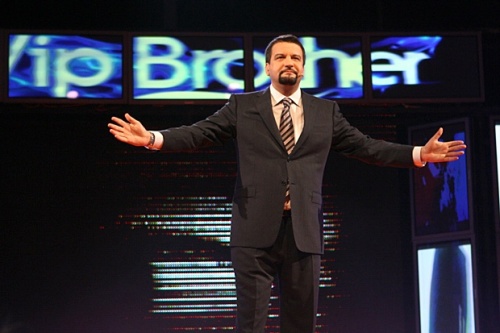 The much anticipated third season of Bulgaria's edition of the VIP Brother show began Monday with a scandal.

According to the producers of the show, the big sensation of VIP Brother 3 is the participation of Todor Slavkov, grandson of Bulgaria's communist dictator, Todor Zhivkov. Another of the celebrity participants, Emil Koshlukov, leader of the opposition liberal "Novoto Vreme" (New Times) party and TV political talk show host, refused to enter the VIP Brother house after learning that Slavkov had stated the only thing he wished he could change in his life was the establishment of democracy in Bulgaria.

Koshlukov often boasts about his past as a victim of the communist regime. He spent 4 years in the city of Stara Zagora jail, from 1985 to 1989, for telling anti-regime jokes. After a talk with Slavkov, Koshlukov decided to continue with his participation in the show.

VIP Brother 3 is going to be an entirely charitable event. A total of 17 celebrities, from all walks of life, will live for eight weeks as roommates in the VIP Brother house. In addition to Koshlukov and Slavkov, they include star singers, TV show hosts, actors, the rapper Ustata (the Mouth), the Bulgarian medic jailed in Libya, Kristina Vulcheva, olympic champion, Maria Grozdeva, football player Sasha Antunovich and the newly crowned Miss Bulgaria, Antonia Petrova.

13 of the celebrities entered the house during the shows opening night Monday, while the other four are expected Tuesday night.

The celebrities will be raising funds for eight charities. Upon the conclusion of the show, the total amount will be divided equally among the eight foundations backing the initiative. The celebrities will collect the funds by leaving the house once a week on Saturday.

The star TV and radio host and host of the Bulgarian edition of "Who Wants to Be a Millionaire," Niki Kunchev, is also the host of VIP Brother 3. He will be assisted by the celebrity TV couple Maria Ignatova and Dimitar Rachkov and folk singer Kamelya.