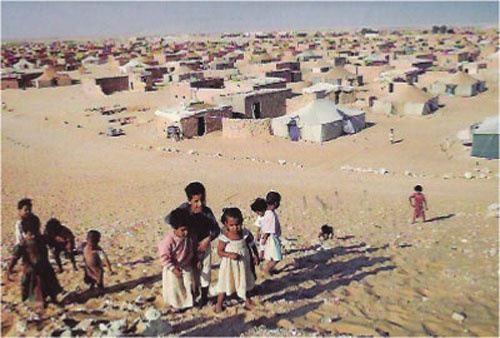 Roughly 150 000 people have been living in dreadful conditions in Western Sahara refugee camps for the past 30 years. Photo by umbertoromano.com

Bulgarian MEP, Tchetin Kazak, has hailed the Moroccan proposal for the autonomy of Western Sahara.

The president of the Bulgarian-Moroccan friendship group, Tchetin Kazak, was cited by Moroccan official media as saying that his country has "always supported the Moroccan proposal".

Kazak, who represents the ethnic Turkish Movement for Rights and Freedoms (DPS), even expressed the wish that "partners of Morocco should support" the proposal for the autonomy of the Western Sahara, the same sources said, cited by the African Press Agency.

The declaration was made after he held talks with the Moroccan State Secretary for Home Affairs, Saad Hassar, in Sofia.

Morocco proposed a plan for the autonomy of the Western Sahara to overcome the 34-year-old stalemate. This was rejected by the Polisario Front that has been claiming for a referendum for self-determination.

In June 2007, a negotiation process was launched under the aegis of the UN in the United States, but the two main protagonists have so far not reached an agreement.

The fifth round of the UN negotiations is scheduled to set out a common agreement by Morocco and the Polisario Front.

Roughly 150 000 people in Western Sahara have been living in dreadful conditions in refugee camps for the last 30 years since fighting broke out in the region.