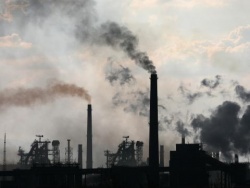 All the employees of the Bulgarian chemical plant "Svilosa" are on half working days due to slow crisis business.

This was announced by the company's CEO, Krasimir Dachev, in an interview for Darik Radio Saturday.

Dachev asserted that there would be no layoffs in the next three months. "Svilosa" stopped working in February in order to limit expenses and losses. All the employees have already used up all of their paid holidays.

Krasimir Dachev also said that all the workers will be included in the Bulgarian government's anti crises measures, according to which part-time workers in industry and services will receive a compensation of up to BGN 120. In that way "Svilosa's" employees will receive half a salary and up to BGN 120 a month extra.

In Dachev's words the plant will continue production until May, but it all depends on the markets. Currently, there is a dramatic decrease in the prices of cellulose. Prices went down from EUR 550 to USD 400, Dachev explained.

"Svilosa" is situated in the Northern town of Svishtov on the Danube river. It is the only producer of bleached kraft pulp and products thereof in Bulgaria. It plays a big role in the Bulgarian pulp and paper industry and is a market leader in the country and the region.