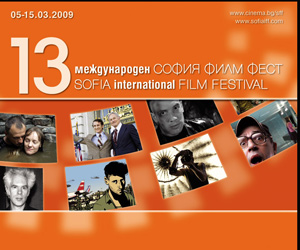 Sofia Film Festival began as a hippie-esque music in the heady post-Communist days of Bulgaria to turn into a prime industry event in the region.

Bulgaria's "The Billy Goat," by Georgy Djulgerov opened this year's edition of the Sofia Film Festival, a major cinema industry event in the region.

A total of 90 movies, another 40 from the documentary genre and 60 short movies feature in the schedule of the 13th edition of Sofia Film Festival.

The festival opener takes to the screen the eponymous short novel of modern classic Yordan Radichkov, the most subtle and prolific Bulgarian writer of the previous century. Actors Ivan Barnev, Russi Chanev and American Angela Rodel, who has been living in Bulgaria for years, are cast in the movie.

Tickets are priced at 6 and 8 levs.

Following below are some highlights of the Sofia Intl. Film Festival schedule: