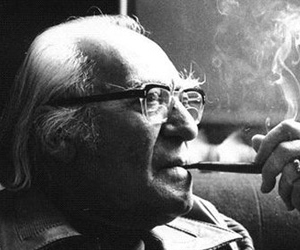 Famous artist, Dechko Usunov's, birthday is to be marked by "The Message" exhibition in Bulgaria's capital Sofia. Photo by ibox.bg
An exhibition entitled "The Message", opened Tuesday, marks the 110th anniversary of the birth of one of Bulgaria's most famous artists, Dechko Uzunov. The works are from the collection of the Dechko Uzunov House Museum gallery in Sofia. The Culture Ministry, Sofia Municipality and the Union of Bulgarian Painters are among the organizers, Ukrainian BSANNA news reported.

Aksinia Djourova, art critic and curator of the exhibition, stated "They say that Picasso dominated 20th century world art. Uzunov did the same in Bulgaria."

The gallery is housed in Uzunov's workshop on Dragan Tsankov Boulevard, a two-story building in the compound of the artist's house.

Some of the works have never been on display. One of his unknown works was only recently donated to the Dechko Uzunov House Museum by a Bulgarian family living in Paris. It is a portrait from before 1944 of a Bulgarian piano player, who was close to Uzunov's family.