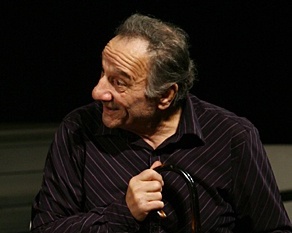 Dimitar Manchev in one of his many parts in the Satirical Theater in Sofia. Photo by Yuliana Nikolova (Sofia Photo Agency)

Dimitar Manchev, a favorite theater and movie actor of several generations of Bulgarians, died in Sofia Wednesday at the age of 74.

Dimitar Manchev was an actor at the Satirical Theater in Sofia where he had more than 100 parts over the years.

He is also widely known for his roles in emblematic Bulgarian movies such as "Goreshto Pladne" ("Hot Noon"), "Toplo" ("Warm"), "Ponedelnik Sutrin" ("Monday Morning"), and is especially famous for his role as the pub owner Mitashki in the movie "Orkestar bez Ime" ("A Nameless Band").

In the recent years, Dimitar Manchev also appeared as the anchor of a popular show on the Nova TV channel.